How to embed Google Maps addresses in an iframe 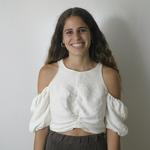 Updated 5 months ago by Judit

If this is your first time using Formulas, please check our Getting Started guide here and our crash course here

You can capitalize the first letter of the text using formulas. See the example below:

Let's see the result of the formula Capitalize in the text "hello landbot":

The bot will recognize if the answer contains a particular value. See the example below:

Check if the user answered "landbot"

The bot can identify how long a text is. See the example below:

Check the length of a text

We want to check if the text is too long:

Keep in mind that the spaces between words will also be counted!

In case we need to set a maximum, minimum or exact length for an answer; we can use the flow below, where we are going to set up a Conditional Block where the input of the user is no longer than 100 characters and if the input is great we will send another Question block, with a different text, but using the same "@userinput" variable.

The bot can convert from uppercase to lowercase using formulas. See example below:

In this case, "email" is our variable and we want to make sure it is in lower case for it to be validated.

The bot can replace letters using formulas. See the examples below:

Mimimi, replace all vowels for an "i"

Let's imagine we are using Checkbox question type in the Multi-question block and we want to export the user's answer to the Google Sheet.

In this case, the user's answer will be saved in array format, as you can see in this screenshot:

In order to export this answer to the Google Sheet, which is saved under the variable "@checkbox", we will remove square brackets " [ ] " and apostrophes " ' " with Replace formula.

To remove the " [ " from the answer, the formula to use would be:

Please note that we put empty space in the new replacement (""), because what we want is to remove it.

Now, instead of creating three separate Formulas blocks, we will show you how you can combine multiple functions into the same formula:

Here's the final result of the formula that is saved in the variable @checkbox_string and ready to be exported!

Build a list out of an array (in Whatsapp)

Let's say that we have an array coming from an external API, that we store in a Landbot variable type array called "@array". With the following value:

The bot will extract part of the text using formulas. See the examples below:

We want to extract some consecutive elements from our text "welcome to landbot":

- Save the Output of in the variable "@dateofbirth"

- Save the Output of in the variable "@year"

- Save the Output of in the variable "@month"

- Save the Output of in the variable "@day"

Note: you can click in String > Slice to see the examples

Get a list out of options selected in Multiple choice

Note, if you want to limit the number of options, this will be handy if you add use also the Length formula and with a Conditional block, you redirect the flow according to the maximum number of options you require. Like in the example below:

Where the formula is:

The bot can convert the first letter of words from lowercase to uppercase using formulas. See the example below:

We established a text block question asking where is Spain and the first character in each word was converted to capital letter (uppercase) letter and the remaining characters to lowercase.

We will need to use 2 formulas for this one:

Make sure to save the result in the String format, and add the variable in the number format in the formula!

Save it also in the String format, and add the following formula to replace the dots for commas:

We established a Text block asking: "What would you write in the sand if you got lost in an Island? And the answer was "help". With the formula that we used below, the text was converted to uppercase.

Prepare variables with spaces to use in the URL